The Arctic Ocean, although the smallest and shallowest of the world's five major oceans, is made up of thousands of organisms, approximately 1,700 of those species being Arctic plants. But with a regular temperature reaching near freezing and limited sunlight, only certain plants and animals can survive in the Arctic Ocean.

Arctic plankton organisms are found in the Arctic Ocean, drifting in the ocean currents in large groups. Flora and fauna are both considered to be plankton.

Approximately 150 new species of seaweed were discovered about 18,000 years ago when the Arctic experienced their last ice age. These new species are capable of living in the low temperatures and the limited amount of sunlight found in the Arctic Ocean.

Arctic moss, also known as Calliergon giganteum, is an aquatic plant that can be found underwater and on land in some cases, constantly storing energy to use when it is unable to grow. It grows low to the ground, at a very slow pace. 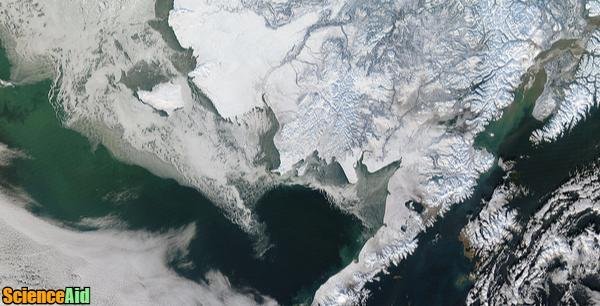 Thanks to all authors for creating a page that has been read 4,560 times.