Calculating the Transfer of Energy Between Trophic Levels

A trophic level is a categorized or hierarchical level in an ecosystem. Each trophic level includes organisms that work through the food chain to gain and lose differing levels of energy. The food chain is a chain that identifies the energy relationship between different organisms. 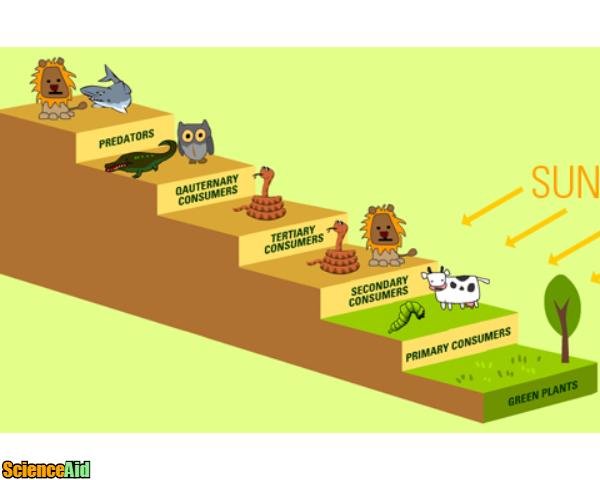 To learn more about trophic levels, check out the ScienceAid article Food and Energy: Energy Transfer and Ecological Pyramids.

Only about 10% of energy is transferred from one trophic level to the next. Most of the rest of the energy is lost through heat (energy expended, metabolic process, respiration) as it transfers along each level. The reason for this energy loss is found in the second law of thermodynamics which states: that as energy is transferred energy is lost. This tells us that if a rabbit is eating grass, even though the rabbit is consuming the energy stored in molecules like proteins, lipids, and sugars, the through the transfer of the energy from the grass to the rabbit, the rabbit is not receiving 100% of the energy consumed. In fact, the rabbit will only receive 10% of energy to convert into tissue. The energy that is received during energy transfer is converted into three different areas of the receiving organism:

The energy received during energy transfer and the energy wasted can be shown through calculation. 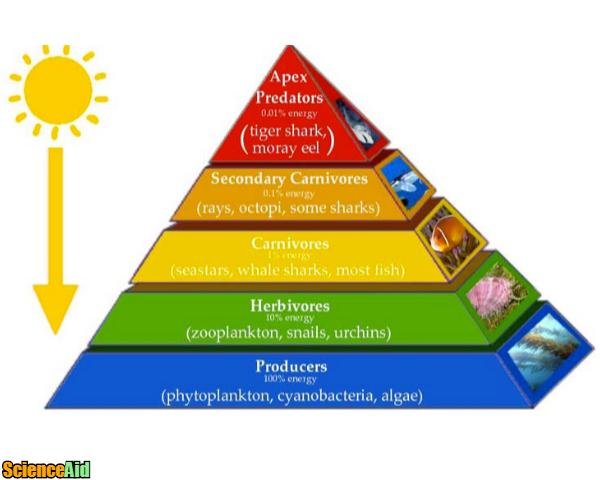 Energy is measured in kilocalories or Kcal. Foods that are low-energy have a smaller amount of Kcal than foods that are high energy. Scientifically, Kcal is measured by the ability of the energy to raise the temperature of water. So 1Kcal is able to raise the temperature of 1 gram of water by 1 degree Celsius. Energy is also measured in kilojoules (kJ), this unit of measurement is common in Australia.

Remember that 10%? When considered energy transfer it is estimated 10% of the total energy transferred is actually converted by the receiving organism into tissue. The rest of the energy is lost during the transfer. Using the example of the rabbit once again, if we assume there is 1000KCal of energy in the grass, 10% is lost during transfer and only 100Kcal would be available for transfer to the rabbit. Once that energy is transferred to the rabbit (primary consumer) and once again the 10% is lost during transfer, only 10KCal would be available to the fox (secondary consumer). The 10% is lost once again when transferred to the coyote (tertiary consumer), so the coyote receives 1Kcal. This explains why it is necessary for the pyramid to have a large number of producers and an exponentially smaller number as you go up the pyramid. This energy transfer is called the Trophic Level Transfer Efficiency (TLTE): the transfer of energy between two different trophic levels. The formula to calculate the energy transferred between two trophic levels is as follows: 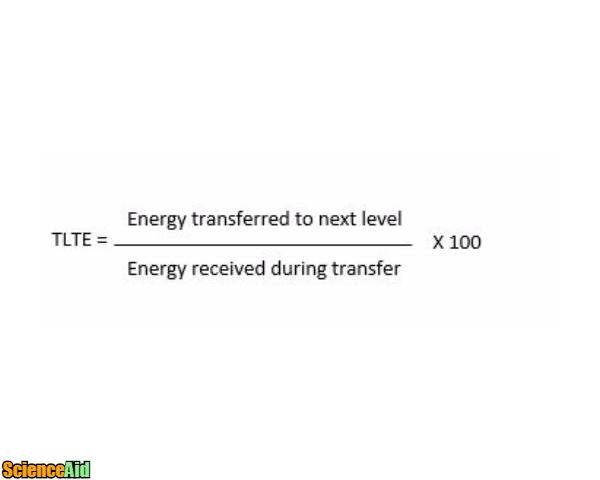 If the energy in the primary consumer (grass) is stated as 4500Kcal, and the rabbit as the secondary consumer received 500Kcal during energy transfer, to calculate the TLTE in transfer: 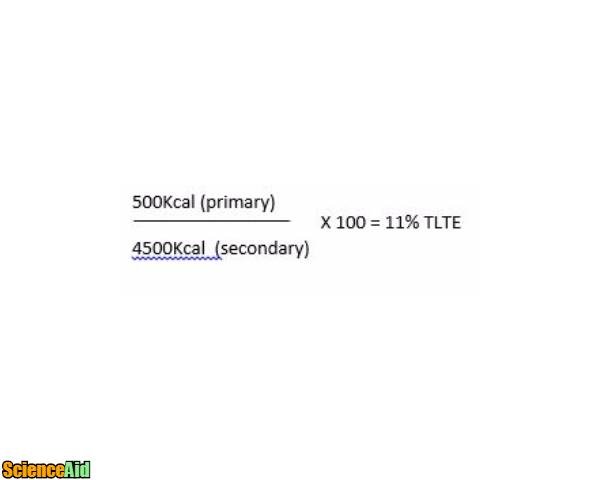 Calculating the energy transferred and Trophic Level Transfer Efficiency is important in order to identify the health of an ecosystem. Energy transfer calculations are also used to improve farming and livestock practices.

APA (American Psychological Association)
Calculating the Transfer of Energy Between Trophic Levels. (2018). In ScienceAid. Retrieved May 16, 2022, from https://scienceaid.net/Calculating_the_Transfer_of_Energy_Between_Trophic_Levels

Thanks to all authors for creating a page that has been read 31,337 times.