What is electromagnetic radiation?

What kind of electromagnetic waves are there?

There is an invisible world out there for us, secret atmospheres our eyes can't see. If you were an owl, for example, you would be able to see at night without a problem. Radars or bats can as well recognize images in darkness or bad weather by noticing reflected radio waves. A camera sensitive to x-rays sees through different objects, like cars or buildings. The light we as humans perceive is only a portion of all the electrical and magnetic energy around our world. The electromagnetic waves travel in a variety of lengths, so we consider them to be a spectrum. Consequently, scientists refer collectively to all these waves as the electromagnetic spectrum. 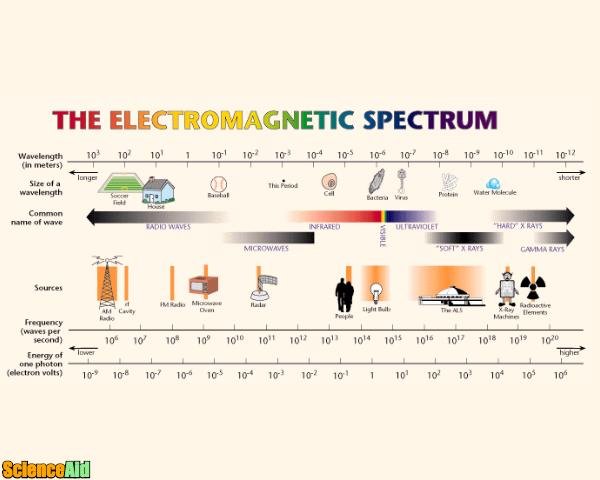 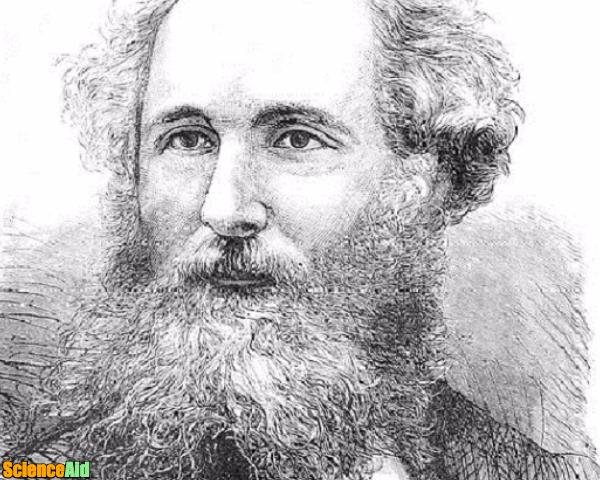 James Clerk Maxwell (1831 to 1879) uncovered a single theory that explained electricity and magnetism together after scientists before him had thought they were completely separate things. Maxwell published in 1873 an outstanding theory of electromagnetism. He saw that electromagnetism could travel in the form of waves, at the speed of light, so he concluded that light itself was a kind of electromagnetic wave. In 1889, Heinrich Hertz (1857 to 1894) was the first one to produce electromagnetic waves in a laboratory. Thanks to that achievement, radio, television and even wireless Internet were able to exist. To understand how this was possible, let's see what electromagnetic radiation is.

What is electromagnetic radiation? 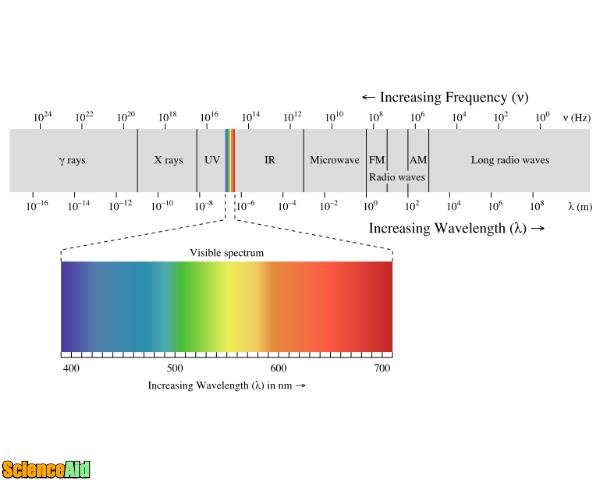 It's a whole range of energy. We call electromagnetic spectrum the light waves and other types of energy that radiate from where they are emitted. Our eyes can see only an incomplete piece of the electromagnetic spectrum. When we see the rainbow on a sunny-rainy day, we are only looking a tiny portion of all the electromagnetic radiation that surfs across our planet. The energy we can see it simply called light, and like x-rays, infrared and all the rest, it's made of electromagnetic waves. These lights are up-and-down, wave-shaped patterns of electricity and magnetism, they race along to one another at light speed, so fast that they could go 400 times around the globe in a minute. The light visible for us stretches in a spectrum of colors that range from red which is the lowest frequency and the longest wavelength of light our eyes can register and then continues to orange, then yellow, green, blue, and indigo to violet which is the highest frequency and shortest wavelength we can see.

What kind of electromagnetic waves are there?

We can classify electromagnetic waves according to their frequency, and there are different types of waves with different uses in our daily lives.

At the time when researchers initially understood that electromagnetic waves could be transmitted through the air, they didn't comprehend the full degree or effect of what they had found. As our insight into the electromagnetic range and the properties of electromagnetic waves has expanded, we have learned to control and endeavor them in various courses for a wide range of employments. Even if you are not able to see this invisible world, remember that Science goes beyond the obvious and that which appears to our senses as unnoticeable, can actually improve our world in many different practical and beautiful ways.

Thanks to all authors for creating a page that has been read 629 times.