Proteins are produced in cells in the form of hormones and signal molecules and have a significant influence on the functioning of organs and the whole organism. Nature gives us an abundant source of proteins, which we use as a source of nutrition and energy.

Some natural proteins have an antimicrobial effect. Many organisms such as bacteria, animals, plants and humans produce antimicrobial peptides/proteins (AMP) which can fight against microbes. These proteins act as an important part of the immune system. 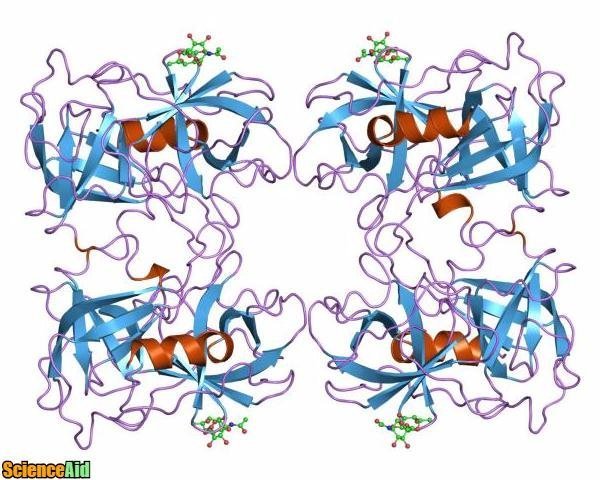 These antibiotic proteins are relatively small and consist of 10 to 50 amino acids. Their main characteristic is the occurrence of positively charged amino acids in their sequences, such as lysine and arginine. The proteins are amphiphilic, which means that they possess hydrophilic and hydrophobic residues or sites. While charged residues represent the hydrophilic area of the proteins, the hydrophobic surface contains mostly leucine, isoleucine, alanine and valine. More than half of the proteins display hydrophobic amino acids. The structure of antimicrobial proteins mainly derives from α-helix, β-strand or β-hairpins. 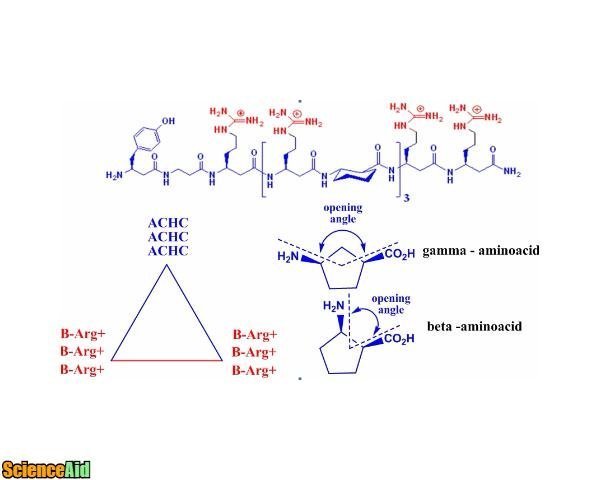 The general mechanism of AMPs has been studied extensively over the years. Research demonstrates the structure, function, and mechanism are spectroscopic techniques such as NMR, CD (circular dichroism), electrophysiological experiments on lipid membranes or fluorescent dyes.

Scientists have found that AMPs are attracted and bind to the cell membranes of their target cells. The cell membranes consist of lipid molecules. These lipid membranes are vital for the cells because they protect the cell and enable transport and regulate energy supply of the cell. At higher concentrations, AMPs can destabilize the lipid bilayer structure and disrupt the lipid membrane. The resulting leakage in the lipid bilayer kills the target organism. The attraction is of electrostatic nature because the proteins are cationic (positively charged) and the lipid membranes of main bacteria are anionic (negatively charged).

After binding to the lipid membrane, proteins can have different strategies to destroy the lipid bilayer. One mechanism is the carpet-like population of the bilayer surface, what triggers the collapse of the integrity of the membrane when a certain concentration is reached. 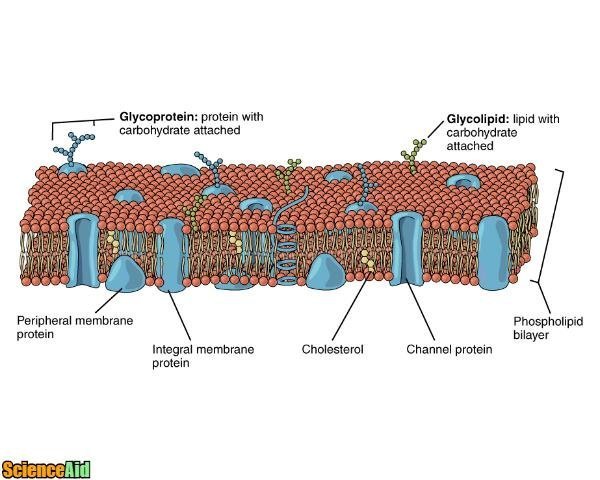 The second possibility is the insertion of the protein into the hydrophobic core of the bilayer. As the AMPs are amphiphilic, they can arrange in such way that hydrophobic areas interact with the hydrophobic lipid chains, whereas the hydrophilic amino acid side chains build the core. With this multimeric arrangement, the proteins can form pores in the membrane, which disturbs the essential membrane potential of the cell membrane and causes the death of the cells. The third frequent mechanism leads to curvature stress in the membrane, meaning that the proteins distort the planar lipid bilayer at many places and build small holes. Another group of antibiotic proteins can also penetrate the lipid membrane and effect and modulate other crucial proteins or molecules in the cytosol, the inside of the cells. They are called cell-penetrating peptides/proteins (CPP). 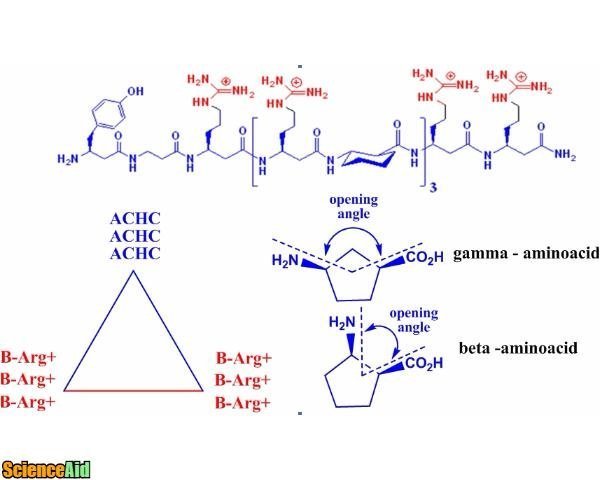 There are many examples of proteins with antimicrobial properties found in nature. One of them is dermcidin. It is found in human sweat and is effective against some bacteria. Gramicidin S is a well-known AMP which is approved in Russia and can treat oral infections. Some of them, so-called cecropins isolated from the moth, also possess activities against tumor cells. Melittin is a protein isolated from the venom of the honey bee. Active proteins are magainins and PGLa, both produced by an African frog species. There also efficient proteins from fungi which form pores in lipid membranes and are active against other fungi, bacteria, and viruses.

Because of their unique mechanism of antibiotic action, AMPs are regarded as promising compounds to treat microbial or viral infections and even cancer cells. Many antibiotic drugs including penicillin lose or have lost their efficacy due to resistant bacterial strains. New proteins such as the AMP or CPP are promising to be the new-era antibiotics because their mechanism doesn't allow a quick resistance response from bacteria. 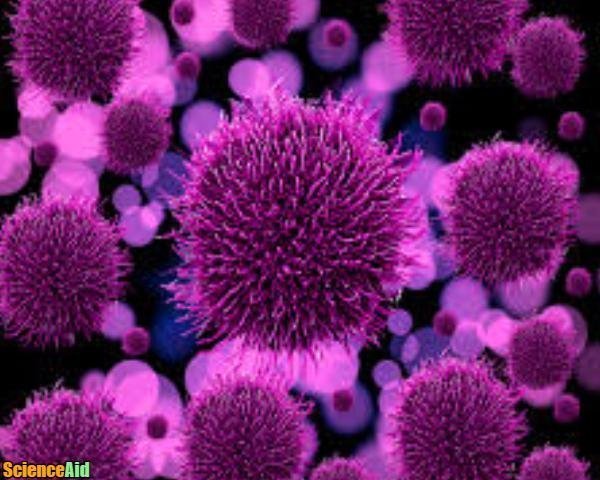 Thanks to all authors for creating a page that has been read 1,070 times.