A satellite, in the broadest sense, means something that orbits the Earth, however, the term is usually used to refer to man-made satellites. Natural satellites are called moons.

Natural Satellites, or moons are natural objects that orbit planets. The Earth only has one moon, however of the 240 moons in our solar system, only a few are larger than our Earth's Moon. For reference, below is a diagram, to scale, of the Earth and Moon. It shows the distance between the two and how it is much larger than one might expect.

An artificial satellite is a man-made object that is put into space. Their main purpose is for communication. Applications include telephone, television and navigation (e.g. SatNav that can be used in cars). There are two types of communication satellites.

The two types of orbits used by satellites are geostationary and near-polar orbits:

If you need to do some calculations on the orbits of objects, then these two equations should come in very handy. 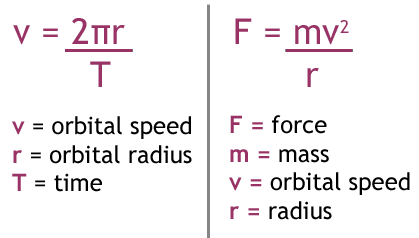 Thanks to all authors for creating a page that has been read 1,904 times.