Fuel cells are the energy sources of the future technological advances for all sorts of gadgets, including cars, laptops and even airplanes. The fuel cell is a device that uses a chemical reaction to create electricity directly from the fuel (Hydrogen, natural gas). This electricity is created with a higher efficiency compared to other thermal engines. A standard fuel cell can have an 80% efficiency; meanwhile, a good thermal engine is only about 30% efficient.

The energy can be released in the form of an uncontrolled explosion, but luckily there are more controlled ways to release the energy using a fuel cell. In the fuel cell, it is possible to break the chemical reaction into two halves by using a membrane to keep the two gasses (hydrogen, oxygen) apart. On one side, called the anode, the hydrogen molecules lose electrons. e^- and become protons H^+. The protons will then diffuse through the electrolyte in the center of the fuel cell. On the other side, called the cathode, those protons will react with oxygen. O_2 to form water H_2 O. For this to happen electrons on the anode side need to flow through an external circuit which produces ELECTRICITY. 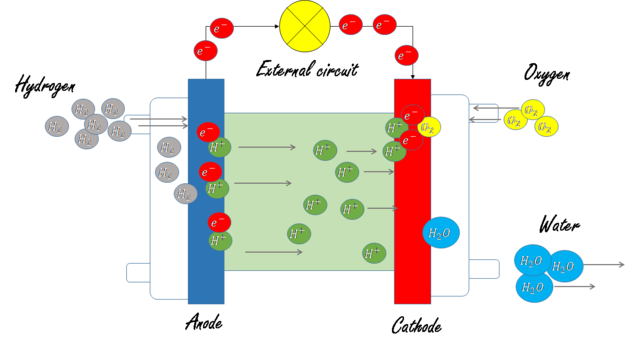 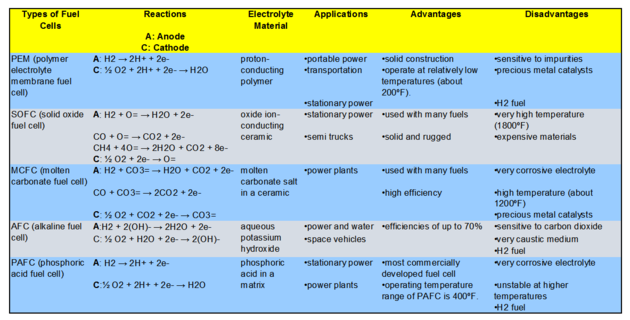 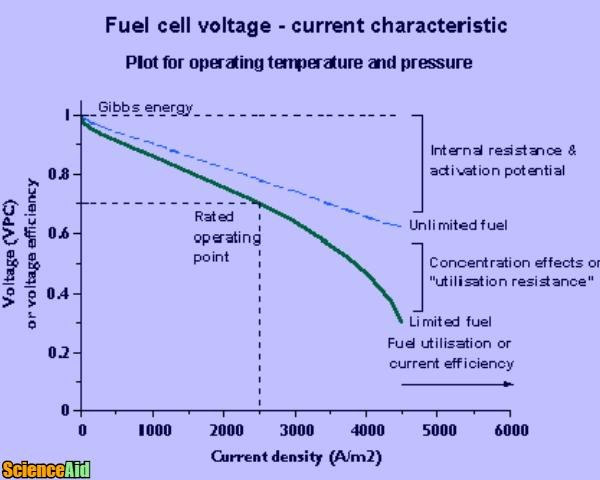 The relation between the fuel cell current and fuel cell voltage is expressed using the equation:

The activation losses are due to the start of chemical reactions at the anode and the cathode. Since the oxidation reaction of hydrogen is faster than that of reduction of oxygen, the losses are primarily due to the cathodic losses. The equation of this loss can be expressed using Tafel's equation:

The voltage drop due to the loss of concentration is manifested at high current density, is explained by the gas consumption which decreases the partial pressures. It is linked to the current delivered by the fuel cell and to the limiting current for which all the fuel (hydrogen) is consumed. This relationship is expressed by: 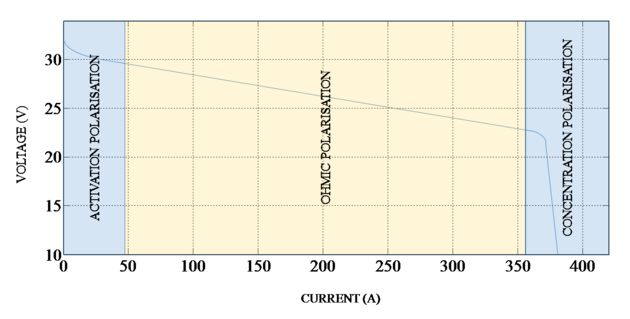 Example. A small prototype of 30 W fuel cell used to supply small applications such as drones or an electric robot. 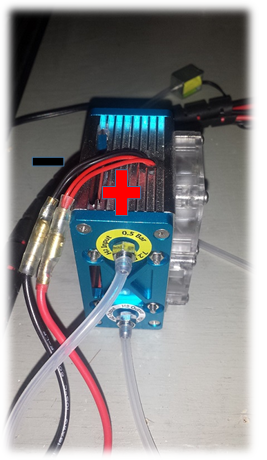 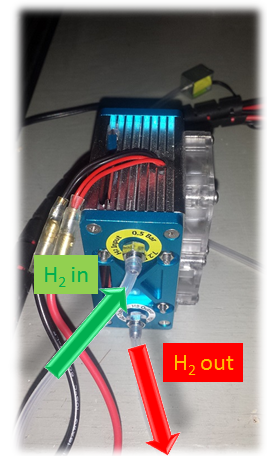 The electrical circuit is connected to the black and red cables of the fuel cell, meanwhile, hydrogen supply is connected through the green and red arrows. This kind of fuel cells operates on the atmospheric pressure, which means it will just take the oxygen from the air for its chemical reactions.

Thanks to all authors for creating a page that has been read 80 times.