Aurora Borealis features flickering bright colors that light up the night sky, and are visible above both the north and south poles. In the north, the lights are known as Aurora Borealis, while in the south they are termed Aurora Australis.

These mystifying displays of lights are dynamic displays of nature. Different shapes and sometimes color of lights are constantly formed and continually change and shift their shape as the move, flicker and prance across the night sky. The aurora zones in the Northern Hemisphere run along the Northern coast of Siberia, Scandinavia, Iceland, the Southern tip of Greenland, Northern Canada, and Alaska. In the Southern Hemisphere, the aurora zones are mostly over Antarctica or the Southern Ocean. 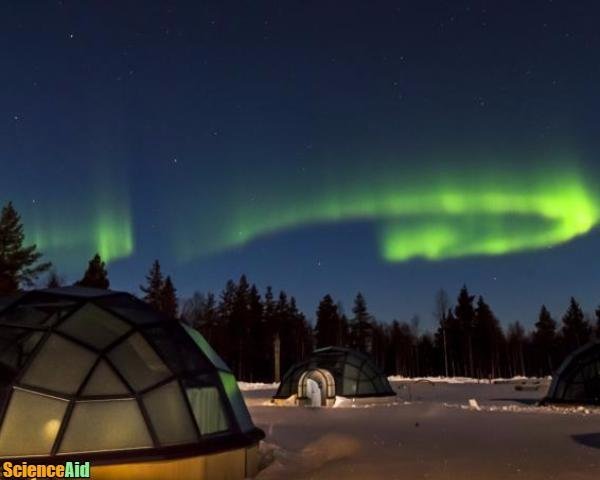 Aurora Borealis are actually the effect of crashes between particles in the Earth's atmosphere with charged particles discharged from the atmosphere of the Sun. With a mass of about 300,000 times of the Earth, the sun burns brightly through nuclear reactions which are taking place in it all the time. Because the sun is so hot (15 million degrees Celsius), gas molecules are constantly thrown around and crashing; sending gusts of protons and electrons into space. When the charged solar particles are blown through space toward the Earth's atmosphere they are usually deflected by the Earth's powerful magnetic field. The magnetic field in the South and the North Pole however, is weaker than the rest of earth and the charged particles are able to enter earth's atmosphere, colliding with gas particles. This collision stimulates the particles, specifically the electrons in the atoms that make up the particles. The electrons move away from the nucleus into orbits with greater power. Once the electrons slow down and move back to orbits with decreased power, a photon (light) is released. Auroras are generally green in color, though they can also be blue, white, violet, red or pink. The diversity of color is dependent on the type of particles that are crashing into each other, specifically the type of gas. For example, green aurora is the most familiar color and is created by oxygen molecules, which makes sense because oxygen is such a large part of our atmosphere. But the oxygen to make green is above 80 miles above our earth, while the oxygen particles used in scarcer red auroras comes from heights over about 220 miles. The azure or mauve auroras are created with nitrogen particles. 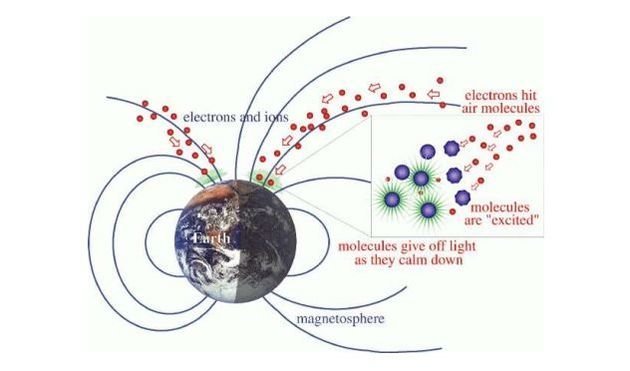 Once they enter Earth's atmosphere, the lights generally follow the lines of force in Earth's magnetic field. This movement is demonstrated in the ongoing movement of the lights. Even though we know the scientific reason for the aurora, the dazzling natural light show can still fire our imaginations to visualize fire bridges, gods or dancing ghosts. 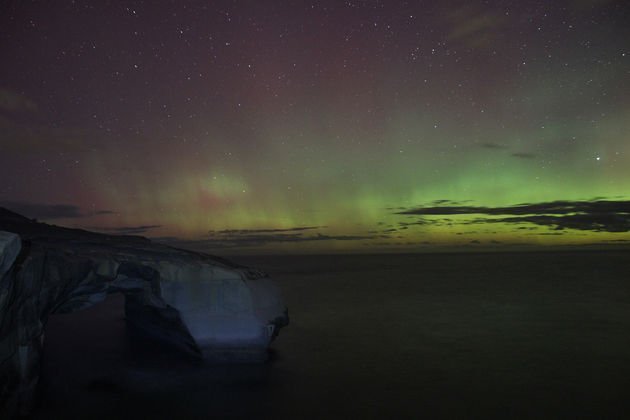 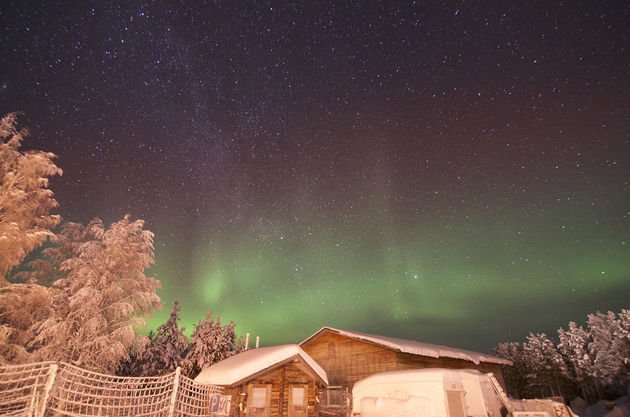 Thanks to all authors for creating a page that has been read 402 times.